“Dai cytys meitys” (“Let the other maidens”) is based on an ancient Latvian folk song. The six Latvian girls who form the group Tautumeitas, use their six voices and six pairs of hands to create music, because they believe that music makes the world a better place. The group’s principal interest is traditional singing, especially multipart singing. The members each incorporate different instruments into this traditional a capella vocal music, to portray traditional music from their own perspective and to show how the modern day tautumeita thinks and feels.

Many traditional musical influences from different parts of the world have been incorporated into their music as many of the band’s members have an interest in and have studied ethnomusicology. Timbral variety, fresh ideas and eclectic musical taste all fuse together to give the Tautumeitas group its unique sound.

Austeja Landsbergiene, Ph.D., CEO and founder of a private chain of pre-schools in Latvia and Lithuania is an educator and visionary who thinks that the most important thing that parents have to give their children is unconditional love and childhood memories filled with parent kindness. Austeja is confident that by creating memories, not expectations kids can flourish in their lives.

Austeja Landsbergiene has been awarded by the President of Lithuania and the King of Sweden a Young Entrepreneur of the Year Award for the enhancement of Lithuania’s education system through implementing new concept of teaching and for being an inspiring role-model, showing of how passion and knowledge can be turned into a successful business.

You would expect the former President of a country to speak about politics, right? But in his TEDxRiga talk, Valdis Zatlers brings up a different topic: one that many consider a taboo — death. Moreover, Mr. Zatlers is sure that death can have a positive impact on your life. Watch his talk to find out how. Valdis Zatlers is a Latvian politician and the former President of Latvia (2007-2011). He had a long career as a physician prior to his presidency.

Valdis Zatlers studied to be an orthopedic surgeon at the Riga Institute of Medicine, Yale University and Syracuse University. He has held the position of director at the Latvian Traumatology and Orthopaedics Hospital and later was chief of its board. Valdis Zatlers has received honors and prizes for his engagements, such as the Order of the Three Stars of the 4th rank for his contributions to the medical field in Latvia. He won the Latvian presidential election on May 31 in year 2007 and became the President of Latvia on July 8 in 2007.

Mr. Zatlers left office on July 7, 2011. In July 2011, he founded the Reform Party. In his book “Who am I?”, Valdis Zatlers tells about his work as President of Latvia and the state of things behind the scenes.

Vaira Vīķe-Freiberga is a Latvian social and political activist, a scientist, a professor and an honorary doctor in several universities. After returning from exile in Canada, Vaira Vīķe-Freiberga took charge of the Latvian Institute where she worked until becoming the president of Latvia.

Her talk is about the Latvian Identity that has led her across six different countries on three continents with five different languages till she returned back and became the president of Latvia in spite she left Latvia at the age of 6 and returned only at the age of 60.

Daniels Pavļuts received his Bachelour of Arts degree in Piano Performance at the Latvian Music academy, but his Master’s in Public Administration (MPA) at Harvard University.

Daniels is a former secretary of state at the Ministry of Culture, has worked at various establishments as the board member and has served in several administrations. Held a private consultancy practice. In 2011 became the Minister of Economics in Valdis Dombrovskis government. 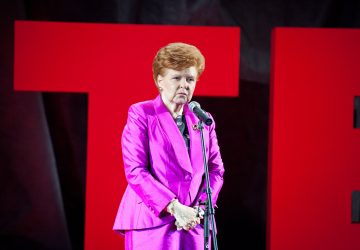 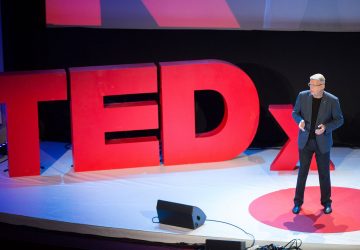 Death Can Positively Impact Your Life (2351)